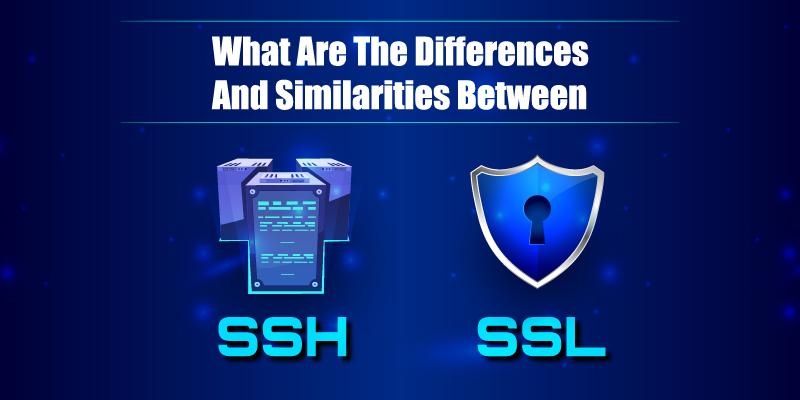 Difference between SSH and SSL -SSH vs SSL

SSH (Secure Shell) and SSL/TLS (Secure Socket Layer/Transport Layer Security) are web security protocols that provide a secure encrypted connection over an unsecured network. Both utilize Asymmetric Cryptography and keep sensitive information safe when communications are made between browsers and servers.

In the previous years, files were transferred via FTP (File Transfer Protocol), whose primary function was to upload/download files on the internet or over LAN. The popularity of FTP attracted many cyber-attacks, like brute force attacks, sniffer attacks, etc. This led to the development of secure file transfer protocols like SFTP (used by SSH) and FTPS (which is used by SSL).

In the digital market, an insecure networks or systems can attract hackers and intruders to steal your data, sensitive information, applications, and files. Hence visitors and users demand web security, and that’s when SSH and SSL pop into the picture.

Secure Shell is a cryptographic network protocol used to access and secure network devices and servers over an unsecured internet network. Where SSL is used to encrypt browser-server communication, SSH encrypts communication made between two computers. It helps in command execution by communicating with the operating shell of another system via remote access. It is also used for issuing remote commands as well as automated file transfers.

It ensures robust security and data integrity between the endpoints of the computer.

How does SSH Work?

A demonstration of an SSH handshake process is shown in the below image. 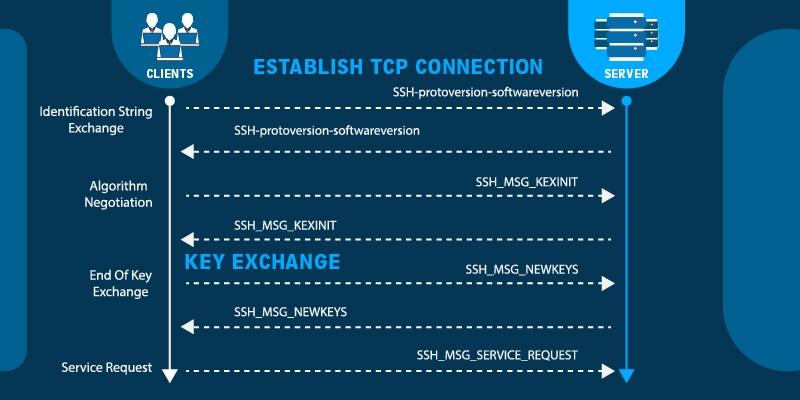 What do you understand about SSL/TLS?

SSL (Secure Socket Layer) certificate is a web security protocol that encrypts communications between clients (browsers) and servers, thus establishing a secure connection. In short, it ensures to keep data transmission secure, thus keeping intruders at a distance. All online businesses and e-commerce industries need an SSL certificate for giving a safe and secure environment for their users. They come in various types and validations.

Since SSL versions, SSL 2.0 and SSL 3.0 are outdated, TLS (Transport Layer Security), being the upgraded version of SSL, has replaced all its older versions. The term SSL is more popular, and hence it is frequently used as compared to TLS.

How does SSL/TLS Work?

SSL/TLS protocol works on Asymmetric Encryption, where Private Key and Public Key (cryptographic keys) are used in the process. The public key is available to the public, whereas the private key is securely stored in the webserver.

The private key decrypts the data which is encrypted by the public key.

Here, secure communication starts with a TLS handshake, where both the parties generate session keys for encrypting-decrypting communications. To know in detail about how the handshake process works.

A demonstration of an SSL handshake process is shown in the below image. 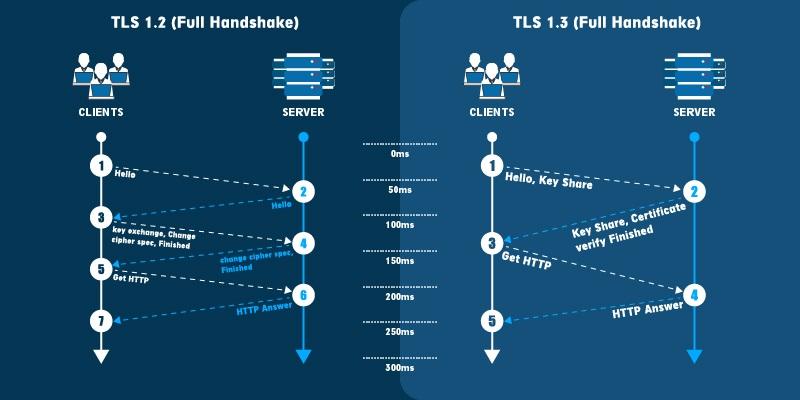 Similarities Between SSH and SSL/TLS:

Though SSH and SSL function in similar ways and have multiple similarities related to encryption aspects, authentication aspects, and maintaining data integrity, they have some eye-catching differences. 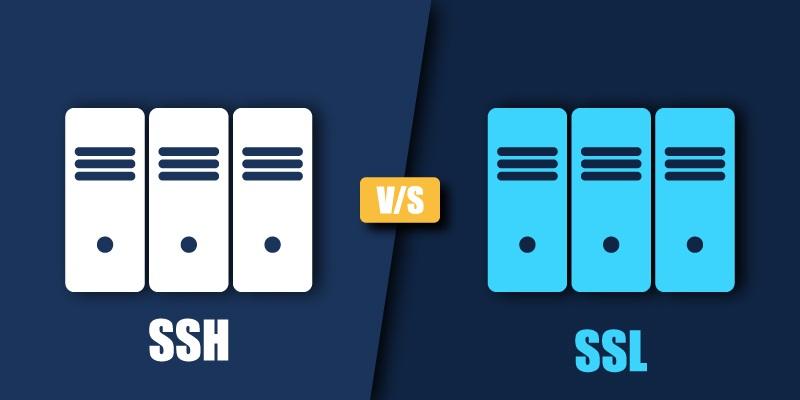 Now that you are aware, though both these protocols have just a difference of a single alphabet, they are entirely different in their functionality and uses. They cannot compensate for each other. There may be a possibility that you may need to use both for security purposes.

But that possibility solely depends on your web security requirement. Though SSH is generally used as a tool for web developers and technicians, whereas SSL can be easily installed by users. With the rise in online threats, it is advisable to be vigilant and make the best use of these online security protocols.